Driving Tour of the Williamsburg Area

Branching Out by Car From Williamsburg

With Colonial Williamsburg right around the corner, William and Mary’s campus next door, and award-winning restaurants all within walking distance, you may wonder why a car is even necessary when you stay at our Williamsburg B&B. And indeed, there is plenty to do and see in town. But to take in the breadth of history and gorgeous scenery nearby, plan to jump in the car for a day trip or two, exploring all our area has to offer with this suggested driving tour of Williamsburg, VA. Start by heading out of town towards Jamestown on the Colonial Parkway, a 23-mile stretch of roadway built and maintained by the National Park Service. Constructed over 27 years and finished in 1958, the road bridges the land between Yorktown and Jamestown, with Williamsburg at the halfway point. The scenery along the drive is spectacular, from riverside vistas to thick canopies of beech, maple, and oak trees.

Much like in Colonial Williamsburg, where you can step into a different historical period, you’ll be traversing the same path used by Native American tribes for thousands of years and later by colonial settlers and soldiers during the Civil War. Members of the Pamunkey tribe used it as a trading route, connecting different tribes along the peninsula, and it later bridged the gap between colonial settlements. Confederate troops used it to retreat from Yorktown to Williamsburg, during the peninsula campaign, an early and pivotal Civil War battle in 1862 after Virginia seceded from the Union.

After the  10-mile trip to Jamestown, continue your drive by making the Island Loop on Jamestown Island. Choose from a three- or five-mile loop and take a journey through the island’s fascinating ecological and cultural history. Signs along the way offer history lessons, such as the island’s importance to Native American tribes – its fertile soil provided abundant food, while its extensive hardwood forests were ideal for canoe-making – and its vital role as the site of a Confederate fort. 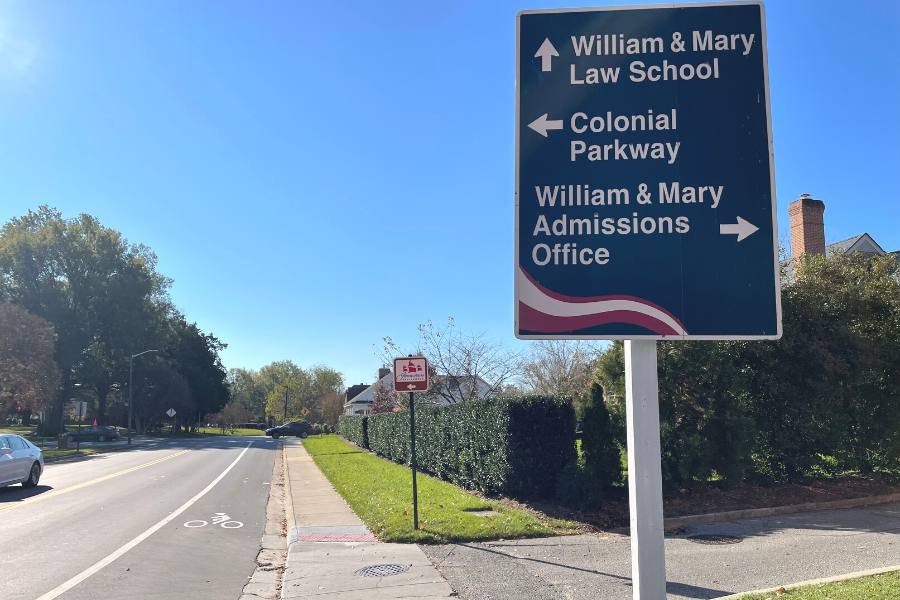 From Jamestown to Yorktown – Driving the Peninsula

After driving back from Jamestown to Williamsburg, continue  13 miles in the other direction on the Colonial Parkway to Yorktown, completing the Historic Triangle. You’ll pass several waterways along this route, including Jones Mill Pond, King Creek, and Indian Field Creek (pull off at Powhatan’s Village for a lovely view of the York River), tracing the York River until you arrive in Yorktown.

Take a self-guided drive through the Yorktown Battlefield, where the deciding showdown of the Revolutionary War took place, and Redoubts 9 and 10, which were crucial in repelling sieges by the British forces. Continue your drive along the “Historical Tour Road,” which connects to the Moore House, where the British surrendered to George Washington in 1781, ending the war and ushering in America’s independence.

Finish up your cruise by catching a sunset at the Yorktown Beach Picnic Area, where you’ll have views of the iconic Coleman Memorial Bridge and the expansive York River, the very same riverfront where the story of America’s freedom took root.

Stay with us and set out on your road trip through history!

The Best Walking Tours in Williamsburg5 Reasons to Visit Williamsburg in Winter and Spring!