3 Little Known Secrets About Our Williamsburg Bed and Breakfast

If you’ve ever stayed at the Fife and Drum Inn, you’ve seen how unique each of our rooms is. There are historical artifacts and treasures to be found throughout the inn. But have you ever wondered about the stories behind some of our décor and the property itself?

We find that many of our guests want to know about the inn’s history, so today we’re sharing three secrets that help make our Williamsburg bed and breakfast unique.

First, let’s talk about the story of the antique gun on display in the W&M room. This gun was found buried in the wall of an old farmhouse being torn down on Penniman Road across from Fort Magruder in the early 1960s. Owner, Billy, was eight years old when his father, Bill, bought it from the contractor and gave it too little Billy. Soon after the inn was opened, we had a guest who happened to look inside the gun, who was quick to let us know it was still loaded.

We brought it to the Colonial Williamsburg gunsmith, who removed the lead ball with a corkscrew and examined the gun. He was able to tell us that it dated back to the Civil War period and was actually made from parts of two different guns, a common method at the time. We suspect that its placement in the walls of a building so near to the fort wasn’t an accident – for a time during the Civil War, Williamsburg was occupied by Union soldiers and rebel sympathizers in the area often kept weapons close at hand in case conflict broke out.

Secondly, you may not guess from the way it looks today, but the floor plan of the inn was originally three small apartments arranged in a U shape overlooking a large porch. In 1947 the building’s proprietor, Webster Hitchens, decided that you didn’t make money off of a flat roof and seized the opportunity to fill the porch space with two more small apartments, where the Cedars Suite and Restoration Suite are today. The shutters you see in our hallway are original and mark where windows used to look out onto that large porch.

Finally, where the Drummer’s Cottage  stands today used to be the front porch of an old house that served many purposes. In the 1960s it was Russo’s Chinese Italian Restaurant (what a combination!). But over time the house became decrepit and was eventually torn down. We may be a little biased in our thinking that the cottage is the best use of the lot yet, but W&M students of the 1950s and 60s would surely remember Russo’s Restaurant. 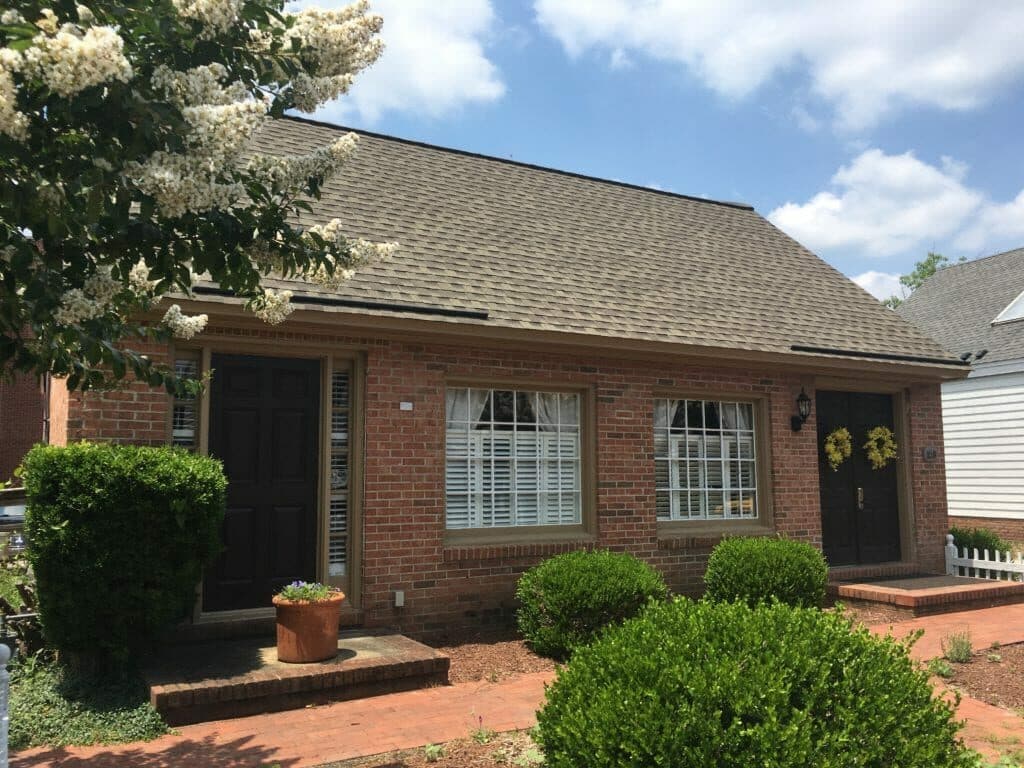 There you have it, three of our inn’s best secrets. Sharon and Billy are always interested in sharing more history and little known facts about both the bed and breakfast and our town, but we want to hear about your hometowns, too.

What are your town’s best kept secrets?